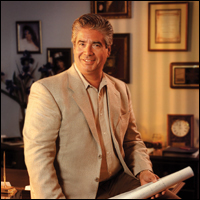 Since our founding more than 40 years ago, TEMO has grown to become the largest sunroom manufacturer in the United States. It all started back in 1967, when TEMO Sunroom’s founder and CEO, Giovanni (Nino) Vitale, came to America from Italy at the age of 22 with visions of achieving the American dream. He began by fabricating aluminum skirting for manufactured homes and quickly noticed the communal desire homeowners had for a gathering place that would allow them to enjoy the beauty of the outdoors year-round, without having to deal with the weather or insects

Operating under the belief that there is no such thing as a problem, only an opportunity, Nino Vitale designed and developed an aluminum porch enclosure for manufactured homes. Once these enclosures began to rise in popularity, along with the success of the skirting business, Nino started TEMO Incorporated in 1971. Why the name TEMO? It stands for Trust, Enthusiasm, Motivation, and Opportunity – four ideals that would be the guiding light for a sunroom manufacturer destined to succeed. 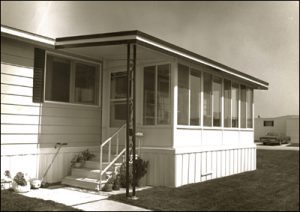 TEMO’s reputation grew as it introduced its product lines to the home improvement industry at trade shows throughout the Midwest. Meanwhile, though homeowners enjoyed the TEMO enclosures, they reported condensation problems related to the cold conductivity of the aluminum roofs. This led TEMO to design a thermal roof, effectively managing the condensation problem, and increasing sales. TEMO was the first sunroom manufacturer to create such a roof.

By 1972, faster installation was required to keep pace with sales. The answer was another industry-exclusive feature – the Thermal Window Wall System. Windows and insulated walls were combined in pre-manufactured sections, enabling quick on-site construction, and providing increased structural strength and overall insulation. With the all-thermal sunroom, TEMO advanced the evolution of porch enclosures and firmly established itself as the sunroom manufacturer leading the industry.

TEMO expanded its sunroom operations to include other residential communities by 1975. By 1978, TEMO had grown so much that it was relocated to its current headquarters in Clinton Township, Michigan. This new building was three times the size of the original location in Fraser, Michigan, and provided the proper amount of space and resources needed for a flourishing sunroom manufacturer. In 1981 TEMO eliminated its aluminum skirting product line to become a sunroom-only manufacturer. “Do one thing and do it well,” Nino Vitale directed.

During the recessive economy in the early 1980s, TEMO was earning more than one million dollars annually and by 1993, an ever-expanding number of dealer distributors brought TEMO sunrooms to homeowners across the nation.

Since then, TEMO has continued to expand its product line, which now includes many other stylish and expertly crafted products. From patio covers to pergolas, carports to sunrooms, TEMO has a wide range of home improvement additions for homeowners operating under budgets of virtually any size.

Today, TEMO is a manufacturer that has helped more than 100,000 customers throughout the country expand their living space and add value to their homes. If you would like to learn more about our products, please contact TEMO today.

Temo Sunrooms, Inc., is neither a broker nor a lender. Financing is provided by third-party lenders unaffiliated with Temo, under terms and conditions arranged directly between the customer and such lender, all subject to credit requirements and satisfactory completion of finance documents. Any finance terms advertised are estimates only. Temo does not assist with, counsel or negotiate financing, other than providing customers an introduction to lenders interested in financing Temo customers. Please make sure you understand any financing paperwork before you sign it.

Temo dealers are independently owned and operated companies specializing in custom home remodeling. Temo, as a manufacturer, does not make any representations or warranties in regard to a customer's selection of a dealer or a customer's contractual relationship with a dealer.